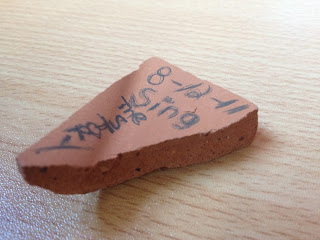 I wanted to share a vision with you.  I got it in Ridgecrest last year and some of you may have heard it but since I just shared it at the GLR meeting I thought I would post it.

A while back during worship at the retreat, I found myself getting frustrated.  I was unclear and in some ways still am about Roots worship.  Was it simply a diverse expression of worship in our movement, or what is where worship was going as a movement.  While I absolutely love John, Ryan, David and Chris, I was feeling really out of place. I was wondering if there was a place for me in worship in the Vineyard.  I knew it wasn’t a worship heart thing because I drop right into worship when these guys lead.
I just know I’m at the polar opposite spectrum musically.  I was conflicted and getting angry with God.  So rather than stand there and not engage, I stepped out of the room and asked God to deal with me on this.  And man he did.  He immediately showed me a picture of a map of the United States and right in the middle of it was a beating heart.  If you have ever seen a map with push pins in it where people have vacationed it looked kind of like that.  There was a red string that came out of the heart and attached to each of the red push pins.  These push pins where in Yakima Washington, New Orleans, Anaheim, Georgia, Alabama, Florida, Boston, Columbus, Texas.  At least those were the one I could make out at the time.  Every time the heart in the center of the map would beat, those strings would pulse on their way to the pins.  While looking at this map I felt God say, “You should be honored to be in a movement that has the ability to translate the heart of worship into so many languages.”  I stood there silent.  All of the sudden, I saw the diverse expressions of worship from my friends who lived in these areas become interpreters that were translating for their communities.  That is when I heard myself in my vision say....”wait a minute, I don’t have to be the next anything.”  “All I have to be is me, and I get a push pin.”  As soon as I said that a red pin dropped on the map in Cincinnati.

I left that retreat no longer frustrated or angry or confused but feeling like a dialect of a language that has not yet been translated for my community.  I left that retreat feeling refreshed and clean and ready to write.  I came home and was able to write for my congregation and for the one person hurting.  I was able to enjoy the diversity of expression and know that there was not an ounce of competition in me.  I wasn’t trying to be the next anything.  I didn’t have to be.  All I had to do is translate the heart of worship for my community and my congregation.  On 8/12/11 I attended the Willow Creek Leadership Summit.  During a time of reflection we were given a piece of clay and were instructed to ask God to tell us the one thing we could do.  I heard “Sing The Story”  I wrote it on the clay and keep it on my desk here at work.  I know without that vision at the retreat, that I would not have been able to hear that from God without attaching my view of the worlds economy to it.  I would have corrupted and tainted the call and cheated my congregation and myself.